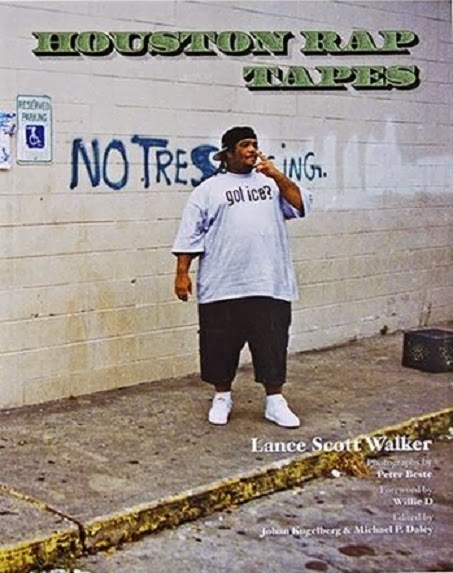 On this past Monday night on The Groove, a radio show hosted by Bobby Phats, I met author Lance Scott Walker who was featured on the show to promote his latest book called Houston Rap Tapes, which is the companion book for Houston Rap, by Walker and photographer Peter Beste. Houston Rap Tapes covers much of the Houston rap scene through a series of photography and an in-depth oral history through interviews of local rappers, producers, radio personalities, DJ's and label executives conducted by Walker.

Peter Beste (L) and Lance Scott Walker (R)
One particular interview that grabbed my attention is of Russell Washington, founder of Big Tyme Records, the label that released music from DJ Screw, the Screwed Up Click (S.U.C.) and other artists. There was a segment of him speaking of his shop in King's Flea Market and how people used to support the local artists:

Lance: What was King's [Flea Market] like back then? The same sort of gathering area that it is now, with everybody coming in?

Russell: Oh, back then it was the wild wild west. I mean, now, back then it was like....incredible. Back then there might have been four or five times the traffic. It was a hot commodity. When we did the UGK record, we sold like 4,000 copies out of my shop in a month. You know, it was like....that's a lot of copies of a cassette for a small record label. Man, it was unbelievable. Now, you know, I think they just don't market the flea market like they used to.

Lance: So they marketed it back then? Did they do radio commercials and that kind of stuff?

Russell: Haha, no. It was a lot more....it was a different time, man. You know, you had a lot more street money, you had a lot more people workin', it was just...man, people used to just come in there....you know, it was nothing for somebody to walk in and spend $300 on CDs. Now you won't see $200-$300 in a day. Occasionally, you'll get maybe one wholesale customer come and spend that amount, but most of the customers now...you've got a whole generation of people that's conditioned themselves not to buy music out of stores. They either look for it free on the web and buy a song from iTunes....check a guy on the street--three, four, five discs for $10, something like that. 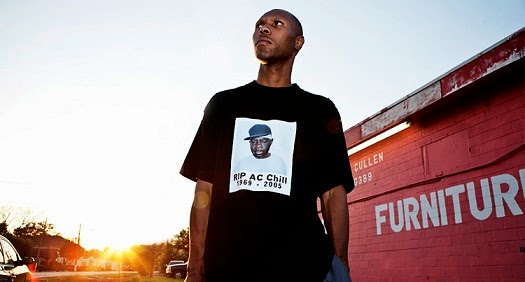 K-Rino
Then we have who I call Houston's rap general, K-Rino. A veteran who has earned his stars and stripes through his lyricism and dedication. Here's a portion of his interview, taken from Houston Rap Tapes:

“Houston is a cool city because number one: I like the weather. I like to play basketball, so it’s the only place I know where I can shoot hoop year-round…it’s an independent city. A lot of people do they own thing out here. We’re not predominantly followers. We pretty much do our own thing in Houston. A few people tryin’ to claim gangs and all that but that ain’t too prevalent out here to my knowledge. But it’s a cool city, man, and with the music scene bein’ like it is now, there’s a bigger spotlight on the city now because the world’s attention is on Houston now.

“I’ll go visit a lot of places but I wouldn’t trade just livin’ in Houston for nowhere.”

Get copies of both books at: SINCUREBOOKS.COM