"The Unit" [OM Unit] is set to smash the airwaves and dancefloors alongside Sam Binga with their highly anticipated release of their Small Victories EP via Exit Records, set to hit record stores and online on March 25th. Hours ago OM Unit uploaded a short sneak peek mix and my favorite is the "Squares" tune that features a rough, but simple bassline with massive drums. Enjoy the short mix for now, but be sure to grab the whole enchilada when it comes out.

Posted by DJ Kool Emdee at 8:17 PM No comments: 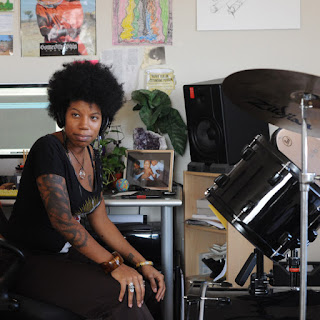 The queen of west coast Hip-Hop, Georgia Anne Muldrow has produced the track and blessed us with her fabulous vocals on another soul filled gem that dropped today in the form of limited edition 45 rpm records, having only 300 copies available. "Akosua" b/w "In My Heart" is Issue #8 from the 7 inch series brought to you all courtesy of the Mello Music Group. HURRY...is the word to get on this big tune before they're all gone.

Posted by DJ Kool Emdee at 7:05 PM No comments: 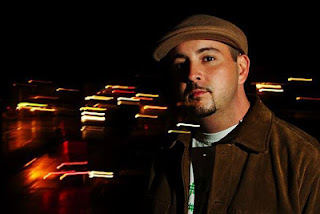 DJ Day is giving away a free download of a preview of his latest project titled Land of 1,000 Chances. In his own words, here's what he had to say...

"Had I known what I was getting us into, I would have never set foot in the studio…
The old maxim “suffering for your art” was taken to new heights in the making of Land Of 1000 Chances. Not only was the inspiration for the album soaked in personal turmoil, but seeing it to fruition would take Thes and I to the brink of insanity. I want to say there were a lot of great moments and experiences I will never forget, but if I had to weigh it all out, it would be a tough call to ever re-live it again." Read the rest and order the album via PieceLock 70!

Posted by DJ Kool Emdee at 3:43 PM No comments: 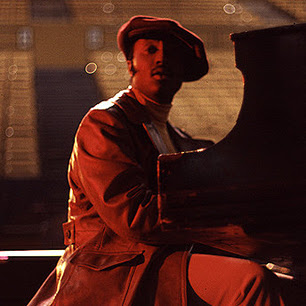 If you ever want to ward off evil spirits, sort things out or need that special tune to play for someone to express how you feel, then simply put on a Donny Hathaway record, like the example below. The music speaks for itself.

Posted by DJ Kool Emdee at 3:12 PM No comments:

Email ThisBlogThis!Share to TwitterShare to FacebookShare to Pinterest
Labels: Donny Hathaway, Extension of A Man, Friday Flashback, I know It's You, Soul 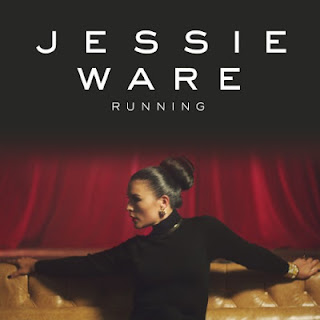 So, I went to the bathroom mirror to slap myself, them wash my face to wake up from being asleep, wondering why I had never came across or heard of this beautiful lady by the name of Jessie Ware before? "Running" was the first single from Ware's debut album Devotion that dropped February 24, 2012 as a digital download. The drum loop in this tune is based off Prince's "Ballad of Dorothy Parker" from his Sign of the Times LP. Take the same action that I am by purchasing the album. Sounds too good to miss, if even "late".

Posted by DJ Kool Emdee at 5:50 PM No comments: 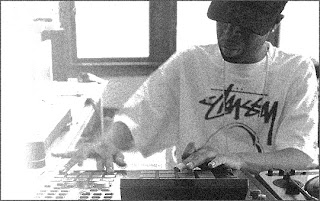 I came across this interesting article on the NPR Music site and decided to post it here on the blog because I feel it's a great read that fits perfectly into the Dilla Day weekend. Read and enjoy!

Why J Dilla May Be Jazz's Latest Great Innovator
by Giovanni Russonello
February 07, 2013

Visionary hip-hop producer J Dilla never found mainstream success during his brief lifetime. But in the seven years since his death, Dilla — who would have turned 39 today — has come to represent a major inflection point on hip-hop's evolutionary tree. At his peak in the late 1990s and early 2000s, he suggested syntheses that hadn't seemed possible. He played fresh games with texture and tone. He recast the sample as a malleable component, rather than the monochromatic backbone it had seemed to be. And he injected a softened, swaggering humanity into the rigid slap of classic hip-hop drumbeats. READ MORE...
Posted by DJ Kool Emdee at 12:08 PM No comments: 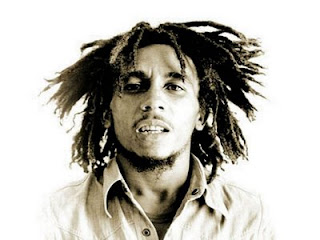 This tune from Bob Marley is a bonus tune from the remastered version of Catch A Fire that was re-issued in 2001. 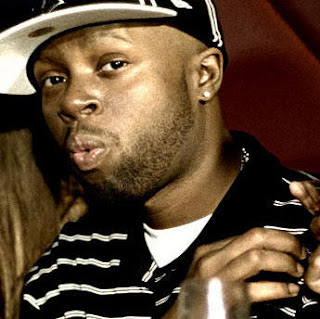 Since we lost Donald Byrd early in the week, I thought it would be a great idea to do a double shot, of sorts, of two icons representing Detroit including Byrd and the late J-Dilla. Dilla paid homage to Byrd on his Welcome To Detroit (2001) album by recreating his classic "Think Twice" tune that features the vocals of Dwele, who's also a Detroit native.

Posted by DJ Kool Emdee at 4:48 PM No comments:

DONALD BYRD
(December 9, 1932 – February 4, 2013)
Here we are again at the point of morning the passing of another great in the world of music. This past Monday we lost Donald Byrd, born Donaldson Toussaint L'Ouverture Byrd II, one of my all-time favorite trumpeters. Byrd was the only bebop Jazz musician who successfully pioneered the funk and soul genres while simultaneously remaining a Jazz artist. Starting out in Jazz as a sideman to the likes of Art Blakey & The Jazz Messengers, John Coltrane, Herbie Hancock, Thelonius Monk and many others, as a band leader starting in the 1960's, Byrd scored Black Byrd in 1973, Blue Note's best selling record which helped usher in the era of Jazz-Funk fusion with the help of the Mizell Brothers [Larry & Fonce]. His other notable fusion albums include Street Lady (1973), Stepping into Tomorrow (1974), Places and Spaces (1975) and Caricatures (1976).

Byrd is responsible for helping Herbie Hancock gain notoriety as an artist by suggesting he play for Miles Davis' quintet and introducing him to Mongo Santamaria who helped turn Hancock's "Watermelon Man" into a chart topping hit. As a professor, he taught at Rutgers University, the Hampton Institute, New York University, Queens College, Oberlin College, Cornell University, North Carolina Central University, Delaware State University and Howard University. While teaching at Howard in 1973, he helped establish and co-produce the fusion group The Blackbyrds, consisting of the best musicians from his music classes. They managed to score major hits with "Walking In Rhythm", "Rock Creek Park" and "Happy Music". 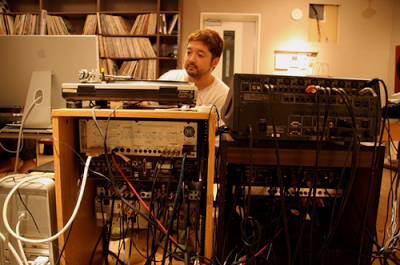 I had no idea until today that Japanese super producer Jun Seba a.k.a. Nujabes shared the same date of birth as J-Dilla. I enjoyed his approach to Hip-Hop and his melodic blends of merging Jazz with some serious head-nodding beats. Sadly, he was another talent that was taken away from us far too soon. As always with the greats, their legacy and music lives on, as well as their memories in our hearts and minds.

Posted by DJ Kool Emdee at 2:15 PM No comments:

Another cycle has come for the date of birth of one of the greatest Hip-Hop and Soul producers of all time, the legendary James Dewitt Yancey a.k.a. "J-Dilla/Jay Dee" of Detroit. In case you hadn't grabbed it before, here's the Dilla Jackson Mixtape I co-produced in 2009 in tribute. Listen and download below.

Posted by DJ Kool Emdee at 1:42 PM No comments: 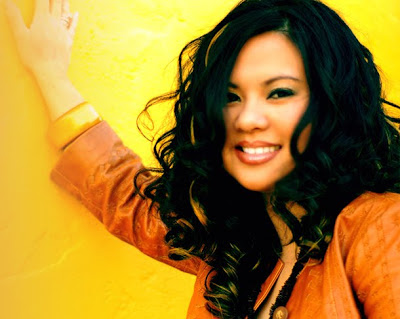 I'm here to bring a little more west coast sunshine from singer-songwriter Tracy Cruz, although I know the title says "Joyful Rain". This is the second official video from her Universoul Symphony, that you NEED to get as part of your music collection, if you don't have it. Trust me, the album is amazing. The man tickling the ivories is another gifted talent by the name of Allen Ross, who also produced and edited the video. Go HERE to get your copy of Universoul Symphony today!

Posted by DJ Kool Emdee at 3:12 AM No comments: 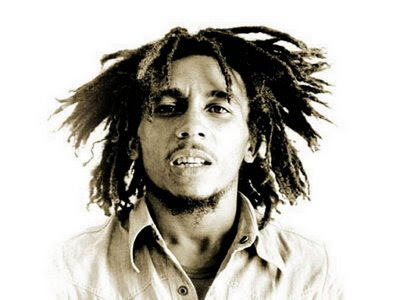 In honor of Robert Nesta "Bob" Marley (February 6, 1945 - May 11, 1981), the King of Reggae, the incredible Dynamite Dave Soul put together this excellent podcast just in time for Bob's date of birth, as well as marking the 2nd anniversary of WTDK/Revolution Radio. What a way to get things kicked back off by posting a mix by a veteran on the 1's and 2's. Enjoy!

Posted by DJ Kool Emdee at 2:49 AM No comments: