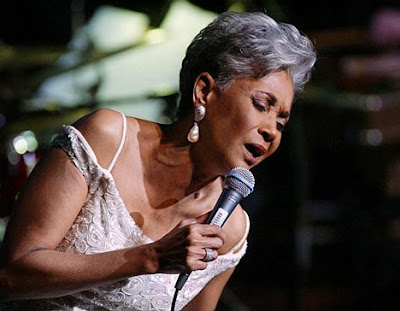 Nancy Wilson (born February 20, 1937) is a singer with more than 70 albums, and three Grammy Awards. She has been labeled a singer of blues, jazz, cabaret and pop; a "consummate actress"; and "the complete entertainer." The title she prefers, however, is song stylist. She has received many nicknames including "Sweet Nancy", "The Baby", "Fancy Miss Nancy" and "The Girl With the Honey-Coated Voice".

Wilson has worked with the likes of Julian "Cannonball" Adderley, Ramsey Lewis, Barry Manilow, Stanley Clarke and many others. She has also appeared on several popular television shows throughout her career.

Wilson received other numerous awards and honors, including the Whitney Young,Jr. Award from the Urban League, Playboy Reader Poll Award for best jazz vocalist. She was dubbed the Global Entertainer of the Year by the World Conference of Mayors. In 1993, she received an award from the Martin Luther King Jr. Center for Nonviolent Social Change in 1993; the NAACP Image Award - Hall of Fame Award in 1998, and was inducted into the Big Band and Jazz Hall of Fame in 1999. She received the Trumpet Award for Outstanding Achievement in 1994. Nancy has received a Star on the Hollywood Walk of Fame in 1991, at 6541 Hollywood Blvd. She received honorary degrees from the Berklee School of Music and Central State University in Wilberforce, Ohio.

Wilson was the recipient of the National Endowment for the Arts (NEA), NEA Jazz Masters Fellowships award in 2004, the highest honors that the United States government bestows upon jazz musicians. The 2004 NAACP Image Awards for Best Recording Jazz Artist. In 2005, the UNCF Trumpet Award celebrating African-American achievement, a Lifetime Achievement Award from the NAACP in Chicago, and Oprah Winfrey’s Legends Award. In September 2005, Nancy was inducted on the International Civil Rights Walk of Fame at the Martin Luther King, Jr. National Historic Site. 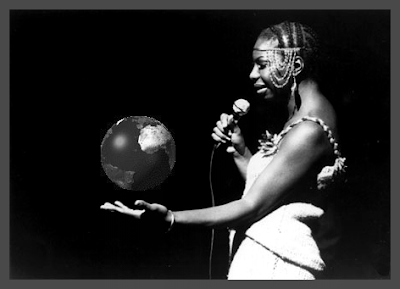 Nina Simone (February 21, 1933 – April 21, 2003) was a singer, songwriter, pianist, arranger, and civil rights activist widely associated with jazz music. Simone aspired to become a classical pianist while working in a broad range of styles including classical, jazz, blues, soul, folk, R&B, gospel, and pop. Her original style arose from a fusion of gospel and pop songs with classical music, and accompanied with her expressive jazz-like singing in characteristic low tenor. She injected as much of her classical background into her music as possible to give it more depth and quality, and as she felt that pop music was inferior. Simone's music was highly influential in the fight black people faced for equal rights in America, regardless of race. Her powerful music was a source of inspiration and enjoyment for her generation, and continues to be for those that follow.

Simone's bearing and stage presence earned her the title "High Priestess of Soul". She was a piano player, singer and performer, "separately and simultaneously". On stage, Simone moved from gospel to blues, jazz and folk, to numbers with European classical styling, and Bach-style counterpoint fugues. She incorporated monologues and dialogues with the audience into the program, and often used silence as a musical element. Simone compared it to "mass hypnosis. I use it all the time" Throughout most of her life and recording career she was accompanied by percussionist Leopoldo Fleming and guitarist and musical director Al Schackman.

Posted by DJ Kool Emdee at 5:30 PM No comments: 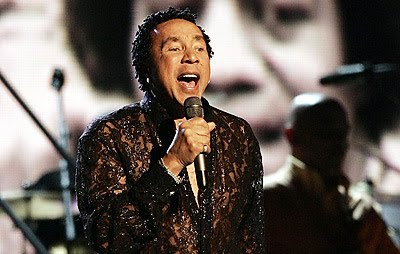 William "Smokey" Robinson, Jr. (born February 19, 1940) is a R&B and Soul singer-songwriter, record producer, and former record executive. Robinson is one of the primary figures associated with Motown, second only to the company's founder, Berry Gordy. Robinson's consistent commercial success and creative contributions to the label have earned him the title "King of Motown."

As an original member of Motown Records' first vocal group The Miracles and as a solo artist, Robinson delivered many U.S. and U.K. Top 40 hits for Motown between 1960 and 1987. He also served as the company's vice president from 1961 to 1988.

Smokey Robinson began a low-key solo career while concentrating on his duties as vice president of Motown, releasing his first solo LP, Smokey, in 1973. His first hit single, "Sweet Harmony" (1973), was dedicated to The Miracles. In 1975, Robinson's solo career took off with the success of the number one R&B hit "Baby That's Backatcha". Robinson's 1976 single "Quiet Storm" and its accompanying album typified a genre of smooth, slow R&B that has spawned late-night radio shows called "quiet storm". Other Robinson solo hits include "Cruisin'" (1979), "Being With You" (a U.K. number-one hit) (1981), "Tell Me Tomorrow" (1982), and "Ebony Eyes", a duet with labelmate Rick James (1983). He also recorded the soundtrack to the film Big Time (1977). 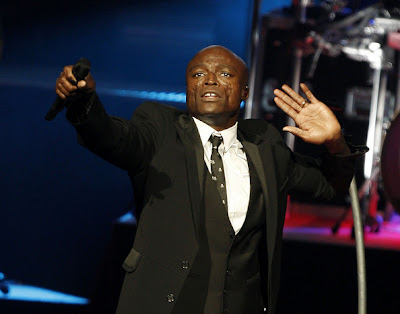 A recipient of BRIT, MTV and Grammy Awards, Seal is known for his numerous international hits; perhaps best known is "Kiss from A Rose" which appeared in the soundtrack to the 1995 Batman film Batman Forever and won him three Grammy Awards.

Seal contributed vocals to a cover of John Lennon's "Imagine" for the 2010 Herbie Hancock album, The Imagine Project along with P!nk, India.Arie, Jeff Beck, Konono N°1, Oumou Sangare and others.

Posted by DJ Kool Emdee at 3:07 PM No comments: 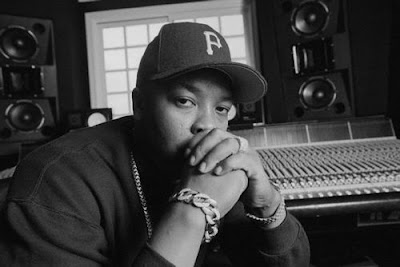 Dr. Dre (born Andre Romelle Young on February 18, 1965) is one of my top 5 Hip-Hop producers and is also a key pioneering figure for the "g-funk" sound. He's the CEO of Aftermath Entertainment which hosts acts such as Eminem and 50 Cent, where he has also contributed to production of their albums, and formerly a co-owner and artist on Death Row Records.

Having begun his music career with Compton, California based World Class Wreckin' Cru, Dr. Dre later found fame as part of the gangster rap group N.W.A. He helped launch the careers of Snoop Dogg, 50 Cent and Eminem. Also doing production for Mary J. Blige, Truth Hurts, Raekwon, Eve, The Game and a host of others.

Dr. Dre has released a series of headphones called Beats By Dr. Dre. He has also teamed up with computer company HP to release a special edition Beats by Dr. Dre laptop pc, which includes a pair of the signature headphones. There are plans to launch an alcoholic beverage in April 2011, around the date he plans to release the long awaited Detox album.

Posted by DJ Kool Emdee at 5:06 PM No comments: 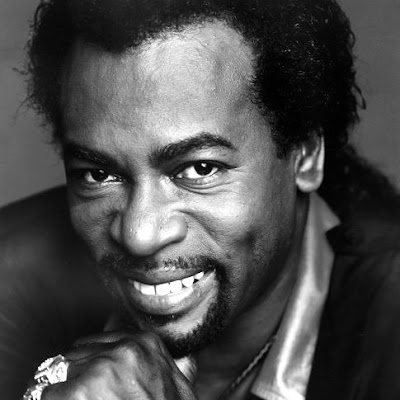 Marvin Sease
(February 16, 1946 - February 8, 2011)
Singer-songwriter and producer Marvin Sease would have been 65 years old today, but sadly he passed away 8 days ago from pneumonia. Sease started out as a gospel artist, then later wrote and produced his own music in the Soul and Blues circuits.

Sease released his self titled debut in 1986 which included the hits "Ghetto Man" and the x-rated "Candy Licker". The latter being his biggest hit, although was unsuitable for radio play, gained him much success.

Posted by DJ Kool Emdee at 6:34 PM No comments: 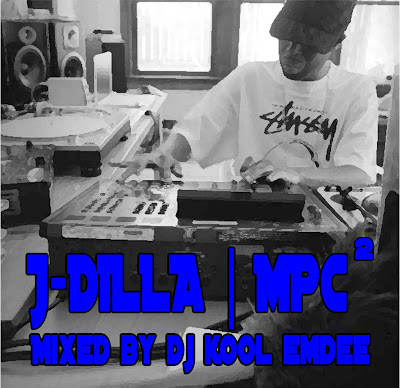 It's been 5 years ago today that revolutionary Detroit producer/rapper J-Dilla passed away. Last night we did a tribute set to Dilla and had a damn good time in celebrating his genius. I also took the time to put together another tribute mix that features tracks from some of his beat tapes, as well as from Donuts and Jay Stay Paid. If you like this mix, you're more than welcome to download it for FREE. Enjoy!

Posted by DJ Kool Emdee at 5:25 AM No comments: 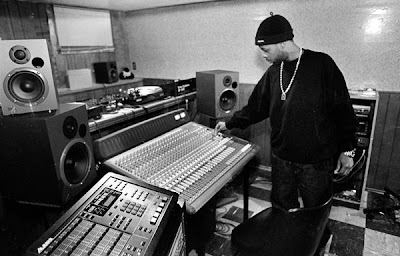 Today is the 37th birthday of the late great J-Dilla/Jay Dee born James Dewitt Yancey in Detroit, Michigan. In tribute of the G.O.A.T. (Greatest of All Time), director B. Kyle of Gifted Films Inc. created Still Shining in 2006 that features footage of J-Dilla in the basement at work, as well as testaments from family, friends and fans. I nearly shed a few tears while watching. Right now, kick back, relax and check out this great tribute.

J-Dilla: Still Shining
Posted by DJ Kool Emdee at 5:00 AM No comments: 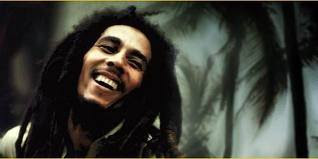 Jamaican singer-songwriter Bob Marley (February 6, 1945 – May 11, 1981) was born Nesta Robert Marley in Saint Ann, Jamaica. He got his start in 1963 with Bunny Wailer, Peter Tosh, Junior Braithwaite, Beverley Kelso, and Cherry Smith and formed the Ska/Rock Steady group called "The Teenagers". After several band name changes, the group finally ended up with the name "The Wailers" after meeting and recording with Coxsone Dodd of Studio One Records.

He was the rhythm guitarist and lead singer for The Wailers (1964–1974) and Bob Marley & The Wailers (1974–1981). Marley remains the most widely known and revered performer of reggae music, and is credited with helping spread both Jamaican music and the Rastafari movement to a worldwide audience.

Marley's music was heavily influenced by the social issues of his homeland, and he is considered to have given voice to the specific political and cultural nexus of Jamaica. His best-known hits include "I Shot the Sheriff", "No Woman, No Cry", "Could You Be Loved", "Stir It Up", "Jamming", "Redemption Song", "One Love" and, together with The Wailers, "Three Little Birds", as well as the posthumous releases "Buffalo Soldier" and "Iron Lion Zion". The compilation album Legend (1984), released three years after his death, is reggae's best-selling album, going ten times Platinum (Diamond) in the U.S., and selling 20 million copies worldwide.

Posted by DJ Kool Emdee at 2:32 PM No comments: 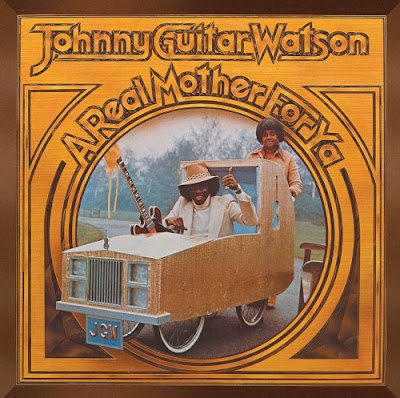 Johnny "Guitar" Watson (February 3, 1935 – May 17, 1996) was a Blues and Funk guitarist from Houston, Texas. He was influenced by the likes of T-Bone Walker and Clarence "Gatemouth" Brown. He pioneered the feedback and reverb sound on the guitar in 1954 and was also an influence to other guitarists and musicians. 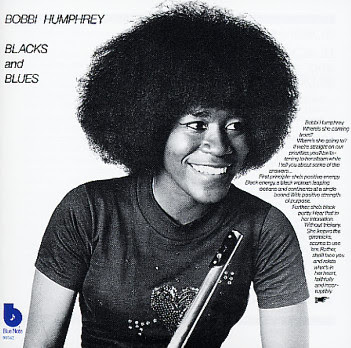 Jazz flautist Bobbi Humphrey was born in Marlin, Texas and raised in Dallas. She's listed as Billboard's Best Female Instrumentalist in 1976. She has played with well known musicians ranging from Duke Ellington to Lee Morgan. Humphrey and George Benson were gusts on Stevie Wonder's "Another Star" from Songs In The Key of Life. Her most noted recordings are songs composed by the Mizell Brothers. 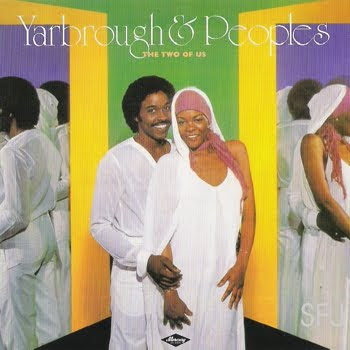 R&B singing duo Yarbrough & Peoples were born and raised in Dallas, Texas. In 1981 their single "Don't Stop The Music" from The Two of Us hit #1 on Billboard R&B chart, knocking their label-mate, The Gap Band's song "Burn Rubber on Me (Why You Wanna Hurt Me)" out of the top spot.