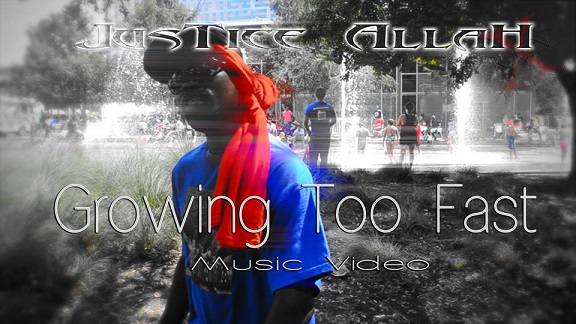 I have to give proper respect to Justice Allah, a good emcee who's an all around good dude that does more than his fair share to help uplift the community. He remains consistent in delivering Hip-Hop and rap as it should be with his latest effort titled "Growing Too Fast", that speaks about how we are losing our children to violence. By all means, this is no bandwagon type tune by an artist that wants to capitalize off of a well known incident. Justice has been one to speak on issues like this for years.

Be sure to grab his The Awakening album from The144Elite.net and catch him on Optimo Radio.

Posted by DJ Kool Emdee at 1:44 PM No comments: 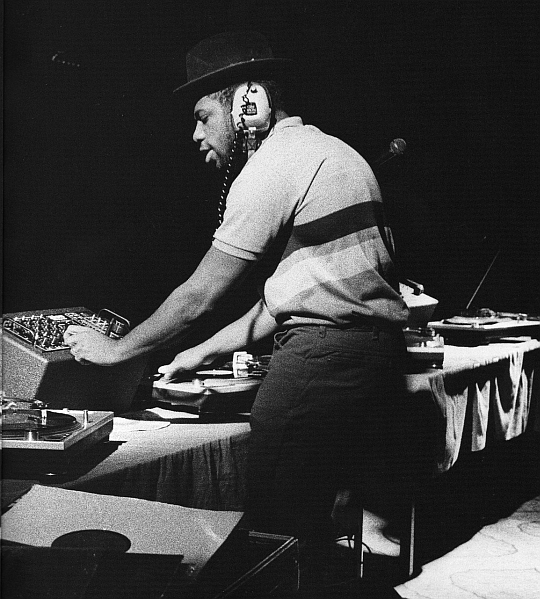 Not only is Jam Master Jay my favorite DJ and was the DJ for Run-DMC, he was an excellent show DJ that had great timing and was also influential in me becoming a better DJ to tour with several indie and well known acts in Hip-Hop and Soul. The "King from Queens" was influential and a key figure in launching other noted acts by producing for them, marketing and through his own JMJ Records. 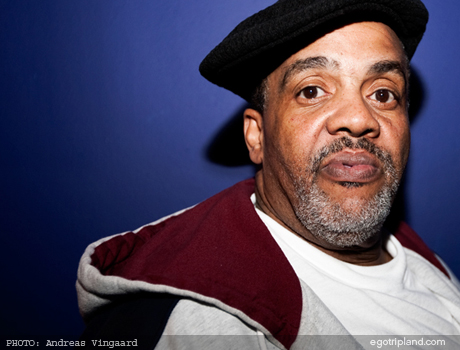 There are a lot of old school emcees who give much respect and credit DJ Hollywood as being the first rapper, while others have a different story. According to Kurtis Blow, he makes a strong claim as Hollywood being the first to do it and mentions how he would go "off the dome", what we now call "freestyling", and never wrote his rhymes down.

The popular party phrase; "Throw ya hands in the air, and wave'em like you just don't care..", is one of the many creations by DJ Hollywood that other rappers and DJs still use to this day. He was the DJ for Lovebug Starski in the early 1980's and also released his own single "Shock, Shock, The House" in 1980.


There's an interview of DJ Hollywood on the Hip-Hop 101 Blog from 2007. Go check it out to get a more in-depth feel of who he is and how he got his start.
Posted by DJ Kool Emdee at 11:15 PM No comments: 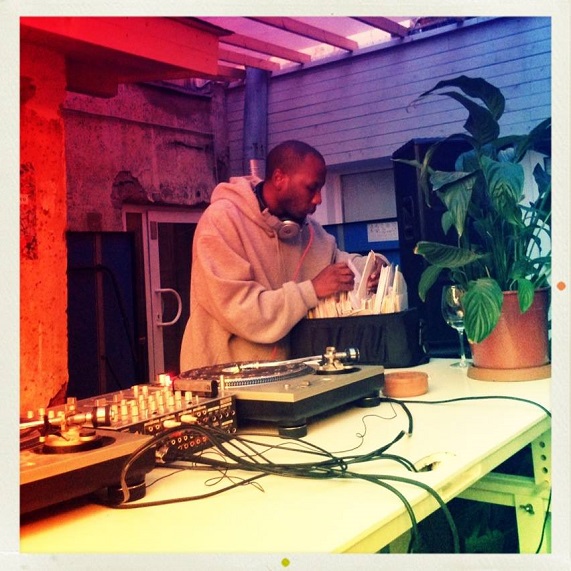 Right about now we put the spotlight on a funky Philly cat by the name of DJ Skeme Richards, also known as the "Nostalgia King". I stumbled across his blog some years ago, liked what I read and have been following this guy since. He has some very interesting topics that he posts as he trotting the globe. One of his biggest passions is collecting rare 45 rpm records that he uses in his all vinyl DJ sets. For all my lovers of soul and funk, i'm sure you'll dig his "Behind The Red Door" series as I do.

Posted by DJ Kool Emdee at 7:31 PM No comments: 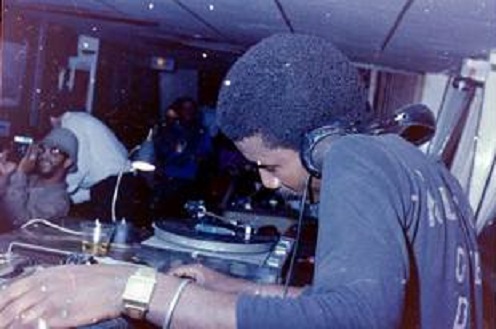 Grandmaster Flowers (born Jonathon Cameron Flowers) is known for influencing Hip-Hop pioneers Grandmaster Flash and Afrika Bambaataa, and also had a formative influence on Hip-Hop culture, being regarded as one of the earliest to use the "mixing" technique to keep playing music in a non-stop sequence. He opened for James Brown at Yankee Stadium in 1869.

For many years, I have heard the name mentioned several times, but hadn't heard more info on him, except for how good his sets used to be, his fans and his influence through technique. It's has been stated that Hip-Hop collective X-Clan hired Flowers as their sound man after Professor X saw him panhandling on the streets of New York. Professor X used to mention to the rest of the group about how Flowers used to rock the parties in Brooklyn.

Posted by DJ Kool Emdee at 6:01 PM No comments: 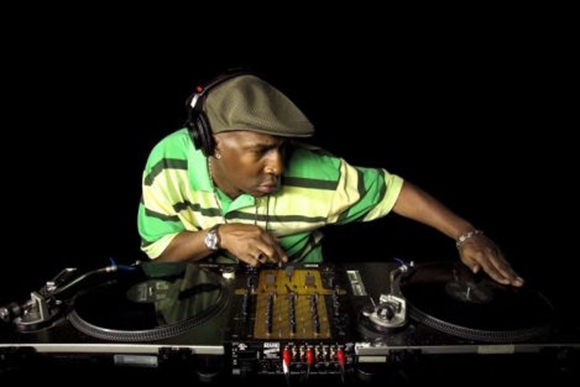 When it comes to DJing, you have to pay respects to the pioneers in order to really appreciate the culture. Grandmaster Flash is the key figure in both Hip-Hop and DJ culture that innovated the DJ techniques back-spinning, punch phrasing and scratching (although Grand Wizzard Theodore originated scratching, Flash perfected it and popularized it) in the 1970's that are still used by DJs of today.

In the late 1970's, Grandmaster Flash started his own group The Furious Five, that featured himself as the group's DJ. Grandmaster Flash & The Furious Five initially singed to Enjoy Records, then released "Superrappin'" in 1979. The following year the group signed to Sugar Hill Records. 1981 brought about the release of "The Adventures of Grandmaster Flash On The Wheels of Steel", a seven minute mix of Spoonie Gee's "Monster Jam," Blondie's "Rapture," Michael Viner's Incredible Bongo Band's "Apache," Queen's "Another One Bites the Dust," Chic's "Good Times," and the group's own "Freedom." Flash is the first DJ to ever do a record that was strictly for a DJ to showcase his skills. He credits his influences as Grandmaster Flowers, DJ Kool Herc and Pete Jones.

Posted by DJ Kool Emdee at 5:30 PM No comments: 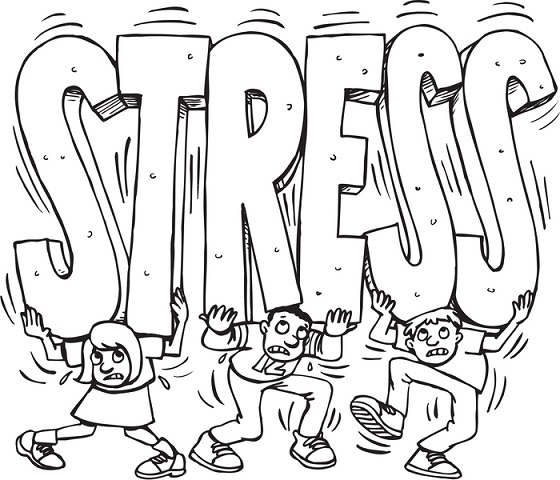 I'd like to take this time to apologize to everyone for dropping the ball this week. I've been under a lot of stress this week, along with finding out a good friend of mine, who was an excellent musician passed away days ago. I'll try to get a few more posts in before 11:59pm (CST) to make up in some way. EASY!
Posted by DJ Kool Emdee at 5:27 PM No comments: 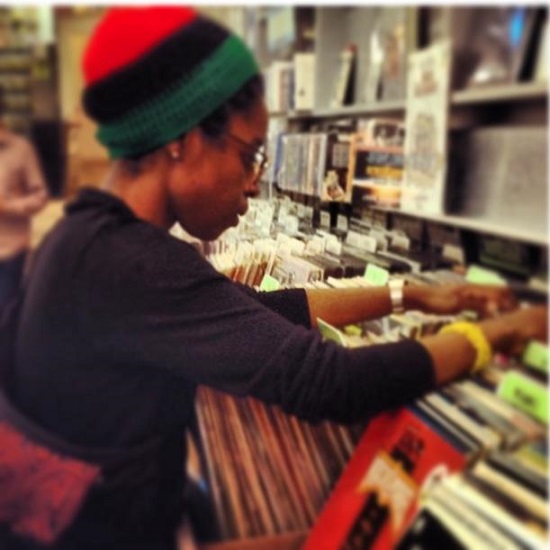 DJ Keva who curates her Art on Wax archives by hand picking an eclectic collection of vinyl, has blessed our ears with another episode from her "Put Your Weight On It" series that revisits old school funk and soul from the "blaxploitation" era of the 1970's. Over a short period of time, she has developed a keen ear for music and puts together great sets in person and on recordings. Keep track of the goodies she puts out by visiting her blog or checking out her Mixcloud page.

Put Your Weight On It, Episode 3: Theme Songs by Art On Wax on Mixcloud 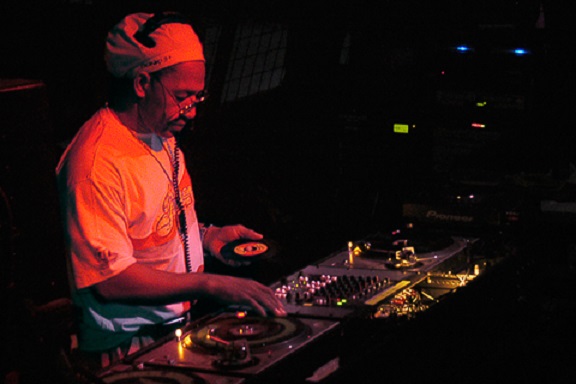 Just last month Hip-Hop celebrated 40 years since it got its start in the Bronx, NY by Jamaican born DJ Kool Herc and his sister Cindy C when they threw a back to school party in the recreation room of 1520 Sedgwick Avenue on August 11, 1973. The playing style that Herc thought of that night changed the way music would be played and laid the foundation for a culture that eventually took the world by storm. The video below is an interview of him explaining how it all came about. 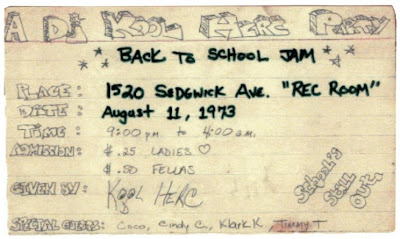 Official party invitation.
Not long ago, the Father of Hip-Hop fell ill and had surgery for kidney stones. After a couple of operations he's currently doing ok, but donations will still help in further recovery. Like many others who live here in America, Herc didn't have health insurance. For those who have already contributed, he sends his sincere gratitude through the website that was created to help collect donations from the Hip-Hop community. We salute you DJ Kool Herc, the DJ of all DJs!

Posted by DJ Kool Emdee at 6:04 AM No comments: 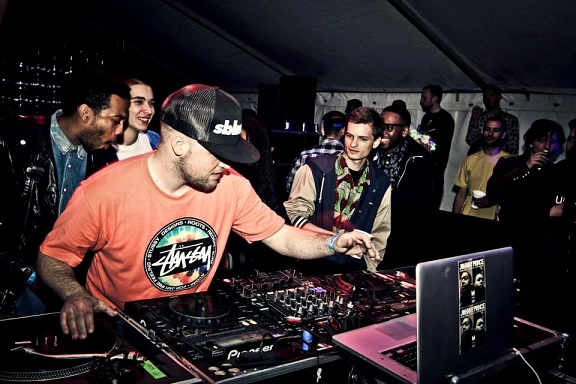 This salute, we return to Copenhagen and tune into the sounds of super producer Kriswontwo as he takes over the controls as a DJ for one of his recent podcasts. Enjoy! 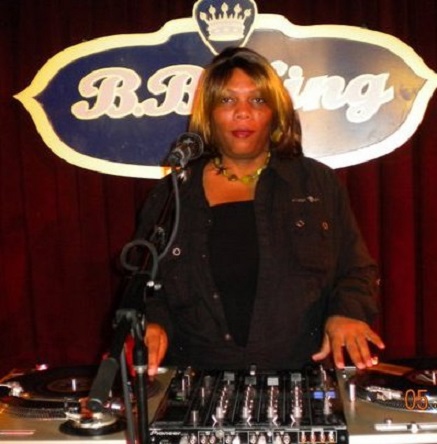 For our first post, we salute one of the first two ladies to represent for Hip-Hop on the wheels of steel, the legendary DJ Lady Love. After moving to Queens at a young age, she got her start in DJing by learning the craft from DJ Davy DMX of the funk group Orange Krush, who also did production for Run-DMC. As time progressed, her skills and record collection improved. She would then be referred to as "New York's #1 Female DJ" who did a series of parties, shows and other special events. 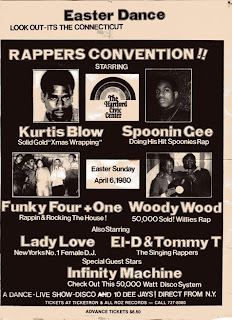 Photos courtesy of DJ Lady Love
In 1981, she took a hiatus from DJing, but returned some time later and has been rockin' it in full force since. DJ Lady Love often refers to herself as a "Hip-Hop fiend" and continues to delight audiences with her blends at clubs around the country, cruise ships and hosts her own radio show called The Love Shack, that airs Sundays at 7:00 pm (EST) and is produced by DJ Charlie Rzock on FONYE Radio. We salute you queen!

Posted by DJ Kool Emdee at 4:37 PM No comments: